The parish was established in 1883 when it was known as the Grosvenor Mission.  On the 25 July 1885, The Feast of St. James the Apostle, Cardinal Manning Archbishop of Westminster opened the present St. James’s Church.

The church building was paid for by James de Lacy Towle, hence the dedication to his patron saint. He was a convert to Catholicism.

The exiled King Manuel II of Portugal and his wife were regular worshippers as were members of the French Royal Family. King Manuel donated a number of items to the church during his lifetime including a ciborium, a set of silver cruets and a baptismal conch.  After King Manuel’s death in 1932, his widow, Queen Augusta, donated the King’s private organ which was placed in the old choir loft.  It was partially dismantled in the 1980s. 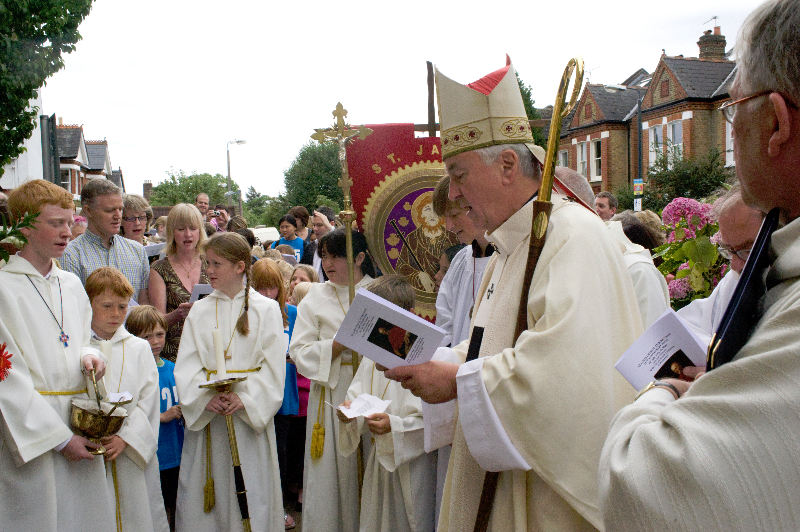 The 125th anniversary of the church was celebrated in July 2010 by Archbishop Vincent Nichols. (see above.)

Our parish is a part of the Upper Thames Deanery of the Diocese of Westminster.